We See What We Want To See

Self deception describes the process of how we lie to ourselves without realising that we’re doing it – literally believing our own beliefs, perceptions and thoughts. We all do it – its a basic part of how the mind operates.

Self deception happens because we all have fragile egos. The subconscious mind works very hard to protect your feelings from harm and confusion, so twists and distorts where possible to make you feel better than you would otherwise.

This is quite a deep area, and one which is fundamentally significant in terms of human behaviour and mental health. I’ll just outline some key areas which you might be able to relate to.

When people do something good – they take the credit for it. When something goes wrong – its someone else’s fault! This is a basic illustration of self deception.

People can take a different level of responsibility over their lives – which is sometimes described as a locus of control – depending on their level of achievement and happiness. For example, if you asked someone who is highly successful how they got to where they are, they are likely to explain the various things they did, positive attitudes, good ideas etc. It’s unlikely they’ll say “it was all just luck, I had a comfortable childhood, my parents paid for everything, then a friend of dads gave me a job then I got promoted because I’m ignorant enough to think I’m the best”.

However, if you asked someone who is down on their luck, and in a miserable situation how they got to be where they are, they are likely to respond with “its life… people… the way everything is these days…” etc.

Now – I know there is a lot of blurred cause and effect here – and there is lots of research to suggest that people who have an internal locus of control are likely to be more self-directing and happy. But the locus of control can change depending on your circumstances – and then influence the next course of events. When things are going well – they keep getting better. When it rains, it pours.

The helpful bit here is to remember to play devil’s advocate with yourself. If things are going badly, really try and take responsibility for how your own decisions, actions, thoughts and feelings may have influenced it. It will be difficult, because the process of self deception will protect you from admitting the painful truth. But the more you do this, the less self-decieving you’ll be, and ultimately you can take a greater control over your future.

How We See Ourselves 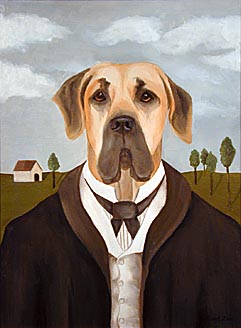 If I asked you to describe yourself in three words, you’d likely pick quite different words to someone else who knows you. This is because how you think you are, and how you think others see you, is most likely different from how others actually do see you.

The mind is incredibly good at ‘deleting’ information that it doesn’t want to know, based on what it wants to believe. So we may conveniently ‘forget’ the times we let people down, the times we don’t return things that are borrowed. We won’t even notice the times we appear rude or aloof. We think we’re somehow special inside, and that ‘everyone else is just the same, part of the masses’.

Some people will say that they have a good awareness of themselves, that they know how they come across, and are totally comfortable with themselves. This is more-than-likely self-deception again, protecting the delicate ego! You only have to show such a person a candid video or even just a sound recording of themselves, and see how they squirm in discomfort when they’re forced to acknowledge the massive gap between how they see themselves, and how others see them.

The danger here isn’t the disparity between how you see yourself and how others see you – the disparity is perfectly natural. The danger is in not acknowledging that the disparity exists. By recognising and embracing the concept of self-deception, you’ll be free from its ignorance and much more self aware.

The Dangers of Self Deception

When a person doesn’t even acknowledge or recognise they are self-deceiving, the results can be catastrophic. This is the person who can become a ‘David Brent’. Or those spooky cult leaders who think they are Gods chosen one, with power over the people.

The incongruence ultimately becomes a kind of negative energy that a person projects, that is picked up on by others. Usually, the person will become isolated or removed as a way of subconsciously protecting themselves from ‘the truth’, and of course justifying their situation with more self deceptions such as ‘you can’t trust people, I hate them’.

The longer this dynamic goes on, the more painful the ultimate truth (that you aren’t who you think you are) becomes, and the greater lengths the ego will go to to protect itself. And this is usually where massive conflicts occur, both in the mind and with other people.

To really delve into challenging your own self-deceptions is a tough and challenging task, and one that may be quite uncomfortable at times. However, ultimately you are far closer to peace of mind, and self acceptance. Rather than clinging to false notions and lies with a frightened grip, you can really just relax in the knowledge that you are who you are, and thats ok.

Look at arguments or conflicts you may have had in the past, and really look at how your part in them may have contributed. Play devils advocate and pretend it was your fault, and see how it feels. You may think “nah, it definately wasn’t my fault” because it may very well have not been, but you may also feel “actually, that feels sort of right”.

Ask friends or family members for feedback about yourself. “If there was one thing about me you’d change, what would it be?” Be careful here, because the point of the exercise isn’t to feel rubbish, its to recognise things about yourself that you may have previously been denying. Also – don’t allow the opportunity to get taken advantage of by people who are willing to make you feel bad as a way to make themselves feel more powerful (which lots of self-decievers, particuarly those with inferiority complexes, tend to do).

Film yourself, or record yourself talking freely about something, and then watch/listen to it. If it makes you uncomfortable, try to realise why, and then keep doing it. Once you get comfortable with it, you’ll feel a lot more self confident. You no longer have to nervously protect yourself from the truth!

The Art and Strength of Challenging Beliefs

Beliefs have a nasty habit of self-perpetuating and reinforcing themselves through distorted thinking. We notice and pay attention to the things that reinforce what we think, and ignore, delete and deny those that challenge what we believe. “Yeah, well, he was just lucky that time”. The power of this effect is staggering – people will cling to beliefs in the face of over-whelming evidence, irrationally finding ways to justify themselves. Yet, they’ll later use much weaker, flimsy evidence to support another belief.

Its so important to become challenging of our beliefs, to ensure that our distortions don’t runaway with themselves. Its important enough with matters in the outside world, but when it comes to beliefs about ourselves, we may as well make the effort to get it right.