1
The Goals of Therapy 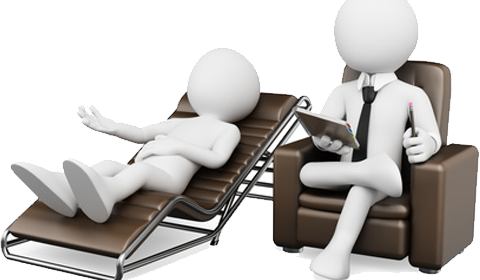 The world of therapy, self-help etc really is a massive mish-mash. For the most part, I think alot of it is total horseshit, mostly because the ultimate goal is often to make someone money, not to get someone better. So circular training courses evolve where the trainees pay a lot of money, get their heads packed with optimistic trash, then realise the only way to really use it is to train more people. Also, the therapy industry tends to attract alot of fragile egos who through their own misfortunes want to ‘help people’ but lack the awareness or discpline to achieve that in any lasting, constructive way.

I’ve recognised for a while that the therapy industry is frought with problems. The real tragedy of it is that the people who are exposed to it are at their most vulnerable, and could easily have their problems reinforced and leave feeling hopeless (thinking “well, I tried…”) Hope is the ultimate weapon of the self-help and therapy world, and its exploited far too much.

Since taking a break from hypnotherapy I have been studying and thinking about the patterns that make people get stuck, become free, and the most useful and efficient ways to achieving that. So far my learnings circulate around the ideas that:

– Tools, techniques, and fixes are not the answer, except to small trivial issues. They just delay the greater issue at hand, which is normally that people are living too much in the imagined world in their heads, and not reality.

– Peoples imagined worlds in their heads are full of false meanings, false associations, a need to control life rather than flow with it, anxiety. It prevents people from being able to truly appreciate and ‘see’ reality for what it is, as well as other people. They only see what they expect to see, and its usually fear-ridden and negative.

– Becoming aware of yourself and reality is one of the most useful things you can do. Letting go of your expectations, and imagined world, is an essential part of that.

There are all sorts of implications of this. Peoples problems and barriers are actually incredible useful opportunities, because sometimes it takes a massive shock to reach the point of being ready for change, and having the confidence to let go of expectations (of life, self and others). Helping people in small ways to overcome problems but not face the bigger underlying barrier that caused it in the first place can actually be a disservice, because you’re ridding them of the opportunity for true growth. I’ve read lots of case studies of people who in what looks like really unfortunate circumstances, have actually found a new sense of personal freedom. They have let go of something that was previously blocking their perception of reality.

Its all interesting, and it feels right. That isn’t to say it is right, but it is for me right now, and is likely to form the focus of my future workshops.