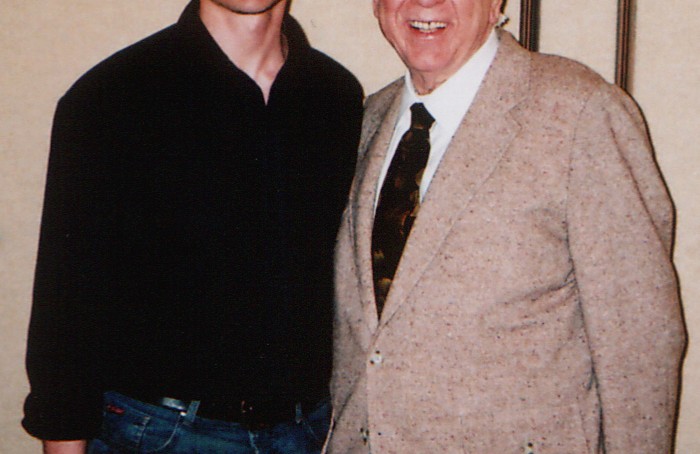 Gil Boyne passed away in his London home on Wednesday 5th May. I was fortunate enough to train with this awesome legend in LA, he was the last of the great hypnotherapists. Having worked extensively with some Hollywood greats including Sylvestor Stallone (helping motivate him to write Rocky), Gil went on to have a huge influence on hypnotherapy not only as a therapeutic practice but also as an industry. He pioneered the rapid induction (after Dave Elman), and his unique blend of various realms of psychotherapy (mainly gestalt) into his own “Transforming Therapy” is a personal favourite. His case studies and book of the same name are essential for anyone working within behaviour change.

in 2008, I travelled to LA to train with Gil, where I found his experienced awareness and compassion inspiring. Later he moved to London, and only weeks before his death he called me to discuss the possibility of working with him, based on an email I sent two years ago. We talked for a while about various things, including the nature of hypnotherapy in Britain and the challenges of doing it professionally. I found his candid and honest views reassuring. The conversation was cut short by someone calling at his house, and I never got round to following it up. Maybe it was nerves, maybe it was being too busy, but I deeply regret not having made more of the opportunity to learn from Gil whilst I could. All those times suddenly become immensely precious. And whilst I am deeply saddened by losing the last great remaining hypnotherapist, I’m grateful for being reminded not to take anything for granted. Gil was a personal hero, and a massive influence on my thoughts and personal philosophies about the human condition.